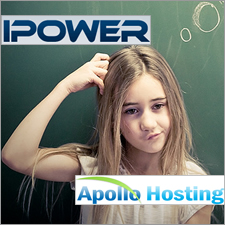 Established in 2001, iPower claims to provide small to medium-sized businesses with a comprehensive suite of online services, including dedicated servers, WordPress, shared and VPS hosting. Comparatively, since its first inception in 1999, Apollo Hosting has been mainly dealing with domain name registration and shard hosting to get attention from bloggers and merchants.

Note that both of Apollo Hosting and iPower are subsidiary of the well-known Endurance International Group which is started by Tomas Gorny. That means, both of the two web hosts are privately owned companies which share public data centers and servers located in Boston, Massachusetts.

Perhaps due to their communal servers, the reliability and server response rate from iPower and Apollo Hosting are far from satisfying, or rather frustrating to some degree. Here, we would like to give an in-depth analysis on the two companies’ Linux hosting service from those mostly-concerned reliability, speed, pricing, features and tech support points.

As for shared service, iPower is comprised of three optional packages – Starter, Pro and Pro Plus. In terms of pricing policy, this web host prices the plans from $3.99/mo, $7.95/mo and $14.99/mo. This company offers a considerable discount for different billing circles, but it is rather complicated and sly. 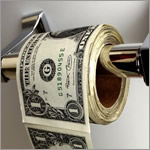 In comparison, Apollo Hosting offers two shared hosting plans – Starter and Prime. Regularly, this web host sets the plans from $4.99/mo. But now, it enables readers who are buying its 24-month service to get the sale price of $3.99/mo. Note that there is an added $10 setup fee and $16.99/yr domain registration fee.

Frankly speaking, taking the total fees into account, Apollo Hosting is not as affordable as it has asserted. As for payment methods and refund policy, this hosting provider supports Credit Card and PayPal payment options, and it also grants a 30-day money back guarantee.

As iPower and Apollo Hosting are both possessed by the Endurance International Group, there are many mutual features existing between the two companies. But those features are quite common and limited when compared with other outstanding web hosts like Arvixe.

To make things clean and straightforward, we would like to present the following feature-comparison table. And we select the cheapest Starter plans from iPower and Apollo Hosting to compare with the entry-level Personal Class plan from Arvixe.

From the above table, it is obvious that both of iPower and Apollo Hosting are resource-limited, which can attribute to their small budget.

As is mentioned above, iPower and Apollo Hosting share publicly-owned data centers which are said to be equipped with N+1 power supply and 24×7 security monitoring. However, according to some customers’ remarks in the social forums and communities, the two companies are indulged in empty talk. 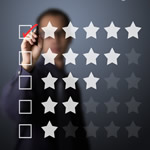 One of Apollo Hosting customers puts it that he has experienced horrible server downtime, which increasingly happens along with the growth of site and usually occurs twice a week. On the other hand, some iPower users also point out that their sites are either down or running slow, and it might as well be down for those desperate people. And the server response time from them is going from slow to slower to unbearable.

For customer support, both of iPower and Apollo Hosting are neither efficient nor satisfying, even if they support online chat, phone call and email ticket ways. It is said that the so-called “knowledgable” support turns out to be a scam, because there is no experienced support techs but headless people from another country reading from a manual.

Conclusion > Both Are Not Recommended

Generally speaking, neither of iPower and Apollo Hosting is recommended for people who are in search for an affordable, powerful and high-performance Linux web hosting provider. In this case, we have the following recommended alternatives.